A few weeks ago I had the pleasure of meeting children's author Pamela Tuck. I picked up a copy of Pamela's Color Struck, a novel based on Pamela's childhood experiences. I was interested in Color Struck because it explores a phenomenon that I'd read about and noticed in my own research: colorism, within group discrimination based on skin color. Some scholars believe that colorism results when people of color internalize racist beliefs that whites have held toward them for centuries.

While I'd read about colorism in scholarly works, I hadn't often come across young adult fiction that addresses the issue.  Here's a synopsis of the novel and a brief interview with Pamela.

Synopsis of Color Struck: "A deathbed shouldn't be the peacemaker in this family." Renee Steele never understood what Pa-Pa's words meant—until a difference in complexions starts to break her family apart. Her only hope of resolution lies in Grandma Bell. The division between her granddaughters causes Grandma Bell to reveal a little family history. Her narrative weaves the past into their contemporary lives, as she begins with her first days of courting Pa-Pa (Buck Steele), against the will of her father. Their secret courtship is exposed and they are banned from seeing each other again. Grandma Bell and Buck decide to elope, without having a place to live. Due to a lack of money, Grandma Bell's married life starts in the home of her in-laws, Mr. Silas and Ms. Emma Steele, as the despised, dark-skinned daughter-in-law. Grandma Bell quickly suffers the blows of hatred and rejection. Something about her stirs up a Steele family secret. She soon learns that her presence does more than anger her in-laws . . . it haunts them!

What inspired you to write Color Struck?  How close were the events of the story to your own experience?

The inspiration to write Color Struck came from my grandmother's life. Growing up, she would share snippets of her struggles with her in-laws with me and I always held them close to my heart, wondering how she managed to endure. When I began working on another story, I interviewed my grandmother to get her views on a particular part I was writing. Somehow she began retelling some of the events in her life and I took notes, asking a few questions here and there. Once I shared my notes with my husband, we both realized that we needed to write her story and share it with the world, not only as a tribute to her, but as an inspiration for change.

The events of the story didn't directly affect me, but I suffered the "afterglow" of them. Growing up, I witnessed the bitterness of colorism shown as favortism for cousins who were esteemed better than we were because of their physical appearance. I was ridiculed about my complexion when I stayed in the sun during the summer, which caused me to compare myself to others. Fortunately for me, I had a strong family structure to counteract the impending damage to my self-esteem, and I was able to appreciate my physical traits and appearance as characteristics that made me unique.

How prevalent do you think the issue of colorism (i.e., within group prejudice due to skin color) is today?  Do you think it continues to affect African Americans today?  If so, in what ways?

I believe the issue of colorism is still very prevalent today unfortunately. It does continue to affect African Americans in terms of the concepts of beauty and acceptance of our heritage. It's not uncommon to see public figures lighten their complexions and alter their physical appearance to lose/erase their African heritage. The most hurtful thing about the issue of colorism in the African American community is not the image that these public figures are trying to portray, but the superficial standards they are setting for our children. It's painful to hear of an elementary girl being told she's ugly and that no one will ever want to marry her because she's too dark. Or to hear groups of girls calling each other names that center around their complexions. This tells me that a narrowminded mentality seed has been planted, and unless a wise "gardner" can pluck that weed out, it will continue to grow, fester, and destroy their self-esteem, aspirations and character. I feel it's important to teach children and adults that although people say beauty is in the eye of the beholder, we all need to know where to look for beauty: beneath the skin.

When and how do you think colorism originated?

It's really hard to say how colorism originated. Some believe it was introduced in America during slavery with interracial relationships of the slaves and slave owners.  It's been said that the mulatto (lighter-skinned slaves) received better treatment than the darker-skinned slaves, and therefore generated "tension" and awareness of colorism. However, lighter-skinned slaves had their share of suffering that darker-skinned slaves never encountered. The mulattos were often rejected by both groups, white and black, and found themselves without a sense of belonging. Although a lot of attention is focused on lighter-skinned individuals esteeming themselves better than darker-skinned individuals, I'm aware of the "flipside" of things where darker-skinned people esteem themselves better than lighter-skinned people. This flipside scenario also happened in my family. Therefore, I tried to address both cases in my book, Color Struck, to emphasize the importance of accepting a person for who they are and not for what they look like. I'll end with a quote from the book: "A person's worth lies within and can't be judged by the color of their skin."

Pamela Tuck is a native of Greenville, NC. She was inspired to become a writer after her grandfather, the storyteller in the family, captivated her with his tales. When she was a child, Tuck remembers entertaining her family by recording her own voice and telling “made up silly stories.” She won her first poetry contest in elementary school and continued to write short stories and plays. Most of Tuck’s ideas come from her family and life experiences. She says, “I have such a rich family history. . . it seems that there’s not enough room for it all on paper.” Pamela Tuck enjoys writing for children, from picture books to middle-grade novels. She lives with her husband and eleven children in Boyertown, Pennsylvania.

Pamela is also the author of the award-winning picture book, As Fast as Words Could Fly, published by Lee and Low Books. 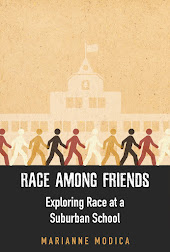 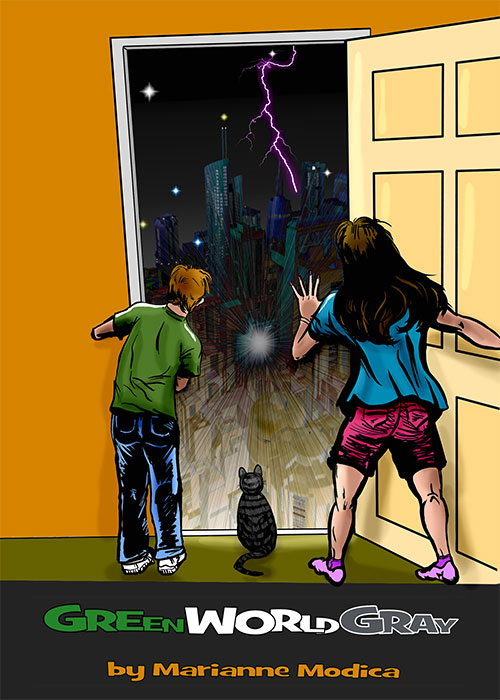 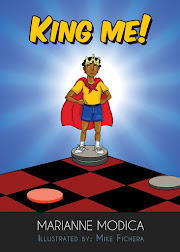 Marianne Modica
I'm a white, middle-aged, middle class teacher educator at a small, faith-based university. I've received a PhD in Childhood Studies from Rutgers University/Camden. I write about race because I think about race.